Thank you for Attending!

Session Presentations will be available online this week. You may find them HERE

CPE Certificates will be distributed via email within 7 business days.

This session will provide guidance to all attendees on best practices in managing their personal finances. Attention will be given to current legislative compliance, including relevant tax law, best practices for investment, and planning for retirement.

This session will examine the state of the national and state economies and the prospects for continued economic growth. Forecasts for job creation, inflation, and other key economic indicators will be discussed.  Particular attention will be given to how the COVID-19 pandemic has affected the state and local economies, and the associated revenue impact, as well as what can be expected going forward.

David Farkas is the Deputy Director of the Bureau of Revenue Estimates (BRE) with the Comptroller of the State of Maryland.   Previously, he served as a Revenue Analyst for the BRE, as well as holding positions with Howard County Government, Morgan State University and the private sector.   David holds a Bachelor of Arts in Economics from St. Mary's College of Maryland and a Master's in Economic Policy Analysis from the University of Maryland Baltimore County. 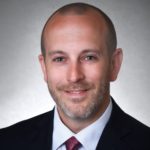 As part of the Wilmington Trust and M&T Emerald Advisory Services™ team, Brad is responsible for developing customized wealth management and financial plans for prominent individuals, families, and business owners throughout the country. He works closely with other professional and family advisors to analyze financial positions and develop plans to help clients achieve future personal and financial goals. Before joining Wilmington Trust, Brad was the Manager of Strategic Planning at Saint Agnes Hospital in Baltimore.

Brad holds an MBA from Johns Hopkins University, and a bachelor’s degree in business management from the University of Delaware. Currently, Brad is enrolled at the University of Alabama School of Law pursuing a Juris Master in Taxation. Additionally, Brad is a CFP® professional having earned the CERTIFIED FINANCIAL PLANNER™ certification and is a Certified Exit Planning Advisor.

Brad serves on the Investment Committee for Outward Bound in Baltimore, and the Investment and Finance Committees for Irvine Nature Center. He is an active member of the Financial Planning Association and the Baltimore Estate Planning Council. In addition, Brad volunteers as a mentor with the Big Brothers Big Sisters of the Greater Chesapeake. 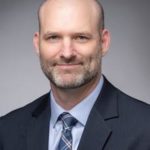 John is a VP and Sr. Wealth Investment advisor for Wilmington Trust, a subsidiary of M&T Bank. He joined Wilmington Trust in 2014 and has considerable tenure in the financial services industry. Earlier in his career, he served as managing director and head trader for Group One Trading, a proprietary derivative trading firm, managing a team of equity and derivatives traders nationwide. He teaches finance as adjunct faculty for the George Mason University - School of Business MBA program.  He is also serving as a member of the George Mason University Honors College Advisory Board. John holds a Master of Business Administration degree from Rutgers University and a bachelor’s degree from the University of Pennsylvania. He is a CFA® charterholder and a member of the CFA Society of Washington DC. Additionally, he also holds his CPA license and is a member of AICPA and the Virginia Society of CPAs.

Mike Mucha joined GFOA in 2006 and is now GFOA's Deputy Executive Director and the Director of the Research and Consulting Center. In this role, Mike oversees GFOA consulting projects, research activities, the Government Finance Review, planning for GFOA training and conference, the GFOA website, and other strategic initiatives for GFOA. Mike also leads GFOA's consulting practice and focuses on providing guidance to local governments on how to use technology more effectively, improve business processes and administrative practices, and implement best practices in financial management. Mike has managed projects for both large and small governments, regularly speaks at GFOA training events, and has written numerous articles on public sector enterprise technology applications, budgeting, performance management, and strategic planning. 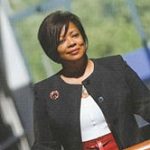 Wanda Gibson has enjoyed an accomplished career as a technology executive in both private and public sector organizations, joining Prince George’s County as the Director for the Office of Information Technology on July 8, 2019. Prior to her new role at Prince George’s, she served Fairfax County as the Chief Technology Officer/Chief Information Officer and the Director of the Department of Information Technology for twenty years, responsible for technology policy, innovation and management of a comprehensive portfolio of IT investments, programs, systems, and services in all disciplines across the county’s enterprise, for all agencies and on-line services for constituents. She also developed and supervised the e-Government program (WEB), IT Security Officer, and Court Technology Office, and manages the countywide IT governance process and agendas, to include the citizen committee appointed by the Board of Supervisors, and the executive IT steering committee chaired by the Count Executive.

Notably, Wanda was honored as 2003 Public Official of the Year, a prestigious award given annually to governors, mayors, legislators and other elected officials and government officials by Governing Magazine (an e-Republic publication). In 2007, she was named as one of the Top Five Women CIOs nationally by Government Technology magazine covering Federal, State and Municipal CIOs across the US, and in 2010, Wanda was named Top 25 Doers, Dreamers, and Drivers by Government Technology magazine. Her work has also been featured in Public CIO, Government Technology, State Tech, and Federal Computer Week Daily magazines. She is a sought-after speaker and participant in both public and private sector venues an innovation and governance.

During her career, she earned numerous state and national awards and recognition for IT and e- government programs, including one of only two governmental entities to be named in the 2006 Top Best IT Places to Work, and over the past twelve years was awarded for Best of the WEB by Digital Counties, and top five Digital Counties award by the Center for Digital Government for 17 years including ranked #1 three of those years, National Association of Counties (NACo) 2010 for WEB and Public Safety Interoperability, Public Technology (PTI) Solutions Awards including 2011 PTI Award for Mobil Applications and 2018 for WEBsite, GIS and Cyber Security Fairfax Bar Association for Courtroom Technology, the Virginia Coalition for Open Government, and Commonwealth of Virginia Technology Awards for Interoperability, ‘Government in the Palm of Your Hands’, Regional Identity and Access Management, EDGR, Tax System modernization, and Private Cloud, 2011 Green IT Awards by InfoTech magazine, 2012 NACo Award for ‘Government in the Palm of Your Hands’, Federal IT Security conference several years for Cyber Security program, Next Generation Security, Federated Identity Access Management, Data Analytics, Courtroom technology conferences. She is featured in several industry trade journals and often asked to collaborate and speak on public sector IT practices and innovation strategy.

Robert F. Sandlass, Jr., Treasurer, was appointed to his current position with Harford County in 2014. His prior experience includes being the budget bureau chief and the supervisor of fiscal and policy analysis for the local governments of Carroll and Baltimore Counties, respectively. He holds a bachelor's degree in economics from Hampden-Sydney College and a master's degree in public administration from the University of Baltimore. Robert is the president for the Maryland Government Finance Officers Association, and he also serves on the Budget and Finance Committee of the Maryland Association of Counties. 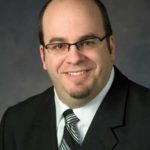 Sean Walker is a principal with CliftonLarsonAllen.  He leads the firm’s Northeast region’s State and Local Government practice.  He currently serves on ALGA’s Professional Issues Committee and GFOA’s Special Review Committee. Sean is a past member of the AICPA’s State and Local Government Expert Panel and the AICPA’s Governmental Audit Quality Center’s Executive Committee.  He is a frequent speaker at AICPA and GFOA conferences on topics covering financial reporting, grant management, internal controls, and auditing.  Sean lives in Frederick, Maryland and provides consulting and auditing services to clients throughout the United States.

Sara joined the Maryland Emergency Management Agency (MEMA) in January 2018 as the Public Assistance Officer and Branch Manager. Prior to joining the staff at MEMA, she enlisted in the United States Air Force and continued to serve as a federal employee, also with the Air Force, until September 2016.  Sara began her career with the State of Maryland at the Department of Public Safety and Correctional Services (DPSCS) at the Police and Correctional Training Commission (PCTC) as a Program Administrator, responsible for developing curriculum, coordinating, and instructing various leadership courses for Police and Correctional Officers. Sara holds an M.S. in Management and Public Relations, and Graduate Certificate in Human Resources from the University of Maryland, University College.  She is also certified as a Workplace Mediator through the United States Army, and an Instructor through the PCTC.

Jennifer L. Diercksen is a First Vice President at Davenport & Company LLC, serving as financial advisor to state and local governments throughout the mid-Atlantic region.
Through her role at Davenport, she helps to provide various financial services to clients, including credit rating analysis and preparation, strategic financial planning and debt management, as well as transactional-related services. Prior to joining Davenport in November 2016, Ms. Diercksen was an Associate Vice President in the Public Finance Department of Moody's Investors Service for six years, where she was responsible for rating various debt securities for local governments in the eastern region of the United States and acted as lead credit analyst for Delaware, Maryland, Pennsylvania, Virginia, and West Virginia.
Ms. Diercksen also spent three years at Deloitte where she provided financial management services to multiple government agencies, and two years at the U.S. House of Representatives, Committee on Appropriations, where she audited various federal programs. Ms. Diercksen holds a B.A. in Economics from the University of Maryland – College Park and an M.P.A. from the Maxwell School at Syracuse University. 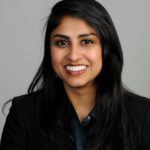 Nisha Rajan is an Analyst on the New York Local Governments Ratings Team, serving as the lead analyst covering credits in Maryland, and the backup analyst for credits in Florida, Kentucky, and Georgia. Nisha has authored a variety of research about economic and fiscal trends affecting local governments across the nation, particularly in Florida. Prior to joining Moody's in 2015, Nisha worked for Societe Generale in Paris, Sandia National Laboratories, and Teach For America.

Nisha holds a BA in Economics from the University of New Mexico and an MSc in Finance from Institut d'études politiques de Paris (Sciences Po Paris). 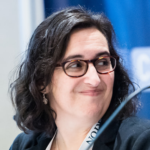 Nikki Griffith, CPFO is currently the Bureau Chief of Cash and Debt Management for the Howard County, Maryland Department of Finance.  In addition to overseeing the County’s $1.7 billion debt portfolio and $650 million short-term investment portfolio, Nikki leads the County’s relationship with the credit rating agencies.  During her career, she has managed the issuance of over $5 billion in governmental obligations for Maryland counties and the state. She currently serves on the Brookings Institution Municipal Finance Conference Advisory Committee, the GFOA Debt Committee and the Board of the Women in Public Finance, Maryland Chapter.

The frequency and magnitude of natural disasters has increased over the last decade as many local jurisdictions have had communities impacted by severe storms. This session will detail various methods for financing for natural disasters before they occur. Guidance will also be provided for navigating through FEMA disaster relief grants.

The COVID-19 pandemic has brought about changes to the bond sales process for local governments. This session will discuss those changes including how presentations will be made to credit rating agencies and how the rating agencies are accounting for COVID related revenue losses.  In addition, this session will discuss competitive versus negotiated bond sales while exploring the benefits and negatives of both methods of sale.

Registration Assistance
Should you have any issues with our online registration portal for the 2019 Winter Conference, please contact us at mdgfoa@mdgfoa.org and we will assist you immediately.

Maryland Approved Education Providers - Public Accountancy: Licensees may obtain continuing education from a program or sponsor that is not a NASBA CPE Registry sponsor. The documentation for the completion of these courses is more detailed and must be evaluated by the Board, at the time of audit, to determine if they qualify.