IF YOU NEED ASSISTANCE ACCESSING THE WEBINAR, PLEASE CONTACT US IMMEDIATELY AT: MDGFOA@MDGFOA.ORG

This session covers the most recent GASB pronouncements and projects, including guidance related to the pandemic; leases, P3s, and cloud computing; Section 457 plans; and proposals on the financial reporting model and revenue and expense recognition.

This session will examine what the fourth year of President Trump’s administration and the 117th Congress brings, as well as updates from the Internal Revenue Service and tax legislation.

This session will examine what the seventh year of Governor Hogan’s administration and what the 2021 Maryland General Assembly holds for government finance officers.  This session will also provide an update on legislation that was passed based on the Kirwan Commission’s recommendations and how the scheduled implementation will be impacted by the COVID-19 pandemic.

Emily Brock, Director, Federal Liaison Center
GFOA of the US and Canada

As Director of GFOA’s Federal Liaison Center, Emily leads coalition and advocacy efforts of the Public Finance Network in Washington DC. Her advocacy includes anticipating and responding to federal legislative and regulatory activities that impact the finance functions of state and local governments and public sector entities including general sales tax issues, bank-qualified debt and pension/healthcare reform. Emily also serves as staff on GFOA’s Debt Committee, working with committee members to develop best practices that promote sound financial practices for local, state and provincial governments. Prior to joining GFOA, Emily was a commercial bank relationship manager at a large national bank, serving as the sole bank liaison for government and university clients. 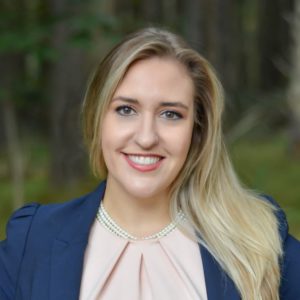 Angelica Bailey is the Maryland Municipal League's (MML) Governmental Relations Director.   Angelica, a native Marylander, is an attorney with an academic and professional background in public policy. She was formerly the Vice President of Government Affairs for the Maryland Building Industry Association (MBIA).

With experience in public interest law as a Staff Attorney with Maryland Legal Aid, she supported under-represented, under-privileged, and marginalized communities through the Maryland Courts Self-Help Center.

Angelica is a graduate of the 2017 Maryland State Bar Association Leadership Academy and the 2018 New Leaders Council Institute, and currently serves on the board of Equal Justice Associates.

Angelica received her Bachelor of Arts from The American University. She earned her law degree from the University of Baltimore School of Law with a Dean's Certificate. Angelica is admitted to the Maryland State Bar.

Sean Walker is a principal with CliftonLarsonAllen.  He leads the firm’s Northeast region’s State and Local Government practice.  He currently serves on ALGA’s Professional Issues Committee and GFOA’s Special Review Committee. Sean is a past member of the AICPA’s State and Local Government Expert Panel and the AICPA’s Governmental Audit Quality Center’s Executive Committee.  He is a frequent speaker at AICPA and GFOA conferences on topics covering financial reporting, grant management, internal controls, and auditing.  Sean lives in Frederick, Maryland and provides consulting and auditing services to clients throughout the United States.

In 2014, Maryland Governor Larry Hogan appointed him Chair of the Maryland Economic Development Commission.  He also serves as chairman of the Baltimore County Economic Advisory Committee.  He is also the Chief Economist to Associated Builders and Contractors and Chief Economic Advisor to the Construction Financial Management Association.  He serves or has served similar functions for Visit Baltimore, Maryland Realtors, and Marcum, LLC.

He lectures at Johns Hopkins University in Global Strategy and has also taught international economics, urban economics, micro- and macroeconomics at Hopkins. His radio show can be heard weekdays on 88.1FM, WYPR, Baltimore.

In both 2007 and 2016, the Daily Record newspaper selected Mr. Basu as one of Maryland’s 50 most influential people. The Baltimore Business Journal named him one of the region’s 20 most powerful business leaders in 2010.

Mr. Basu has been on many boards over time, including First Mariner Bank, the Baltimore City Public School System, Port Discovery, the Baltimore School for the Arts, and Union Memorial Hospital.  He is currently on the boards of the University of Maryland School of Law,  St. Mary’s College, the University System of Maryland Foundation, the Center for Emerging Media, the Lyric Opera House and the Archdiocese of Baltimore School System.

In October, MDGFOA attendees received preliminary guidance on what local government representatives can expect when preparing their annual CAFRs and single audits with respect to CARES funding.  This session will provide an update on the most recent guidance that has been issued by the federal government.  In addition, this session will touch on how state and local governments can strengthen their internal controls in a time where many employees are working remotely.

This session will examine the state of the national and state economies and what impact the COVID-19 pandemic will have on the prospects for economic growth. Forecasts for job creation, inflation, and other key economic indicators will be discussed.

Registration Assistance
Should you have any issues with our online registration portal for the 2019 Winter Conference, please contact us at mdgfoa@mdgfoa.org and we will assist you immediately.